The story of Shahjahan Khan on the silver screen 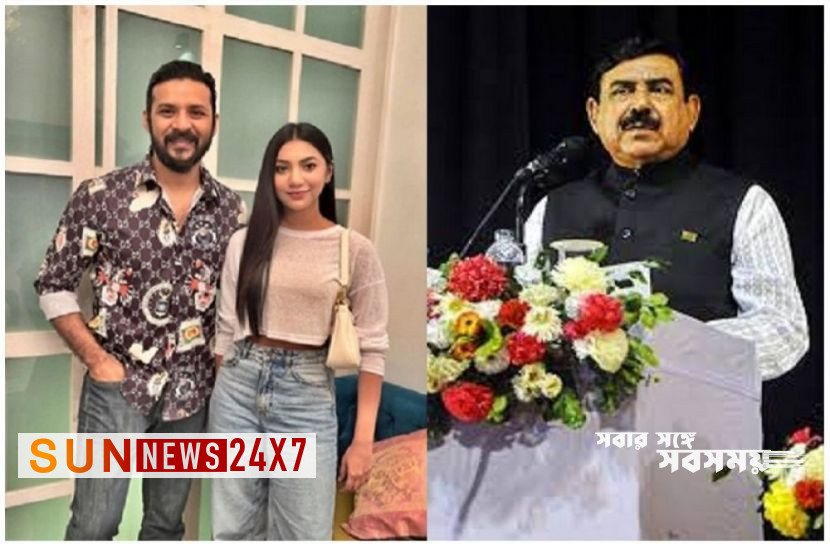 Entertainment Desk: Bangladesh Awami League presidium member, former shipping minister and labor leader Shajahan Khan is being made into a full-length movie based on the liberation war ‘Sounds of Joy Bangla’.

Read more: Meet in the top committee of BJP

In the financial year 2021-22, this movie received a government grant of Tk 60 lakh. Actor Nirab Hossain and actress Sunerah Binte Kamal are playing the two main roles under the direction of BH Khurshid.

Confirming the matter, actor Nirav said, ‘The shooting of the movie ‘Joy Banglar Dhvani’ will start from October 20. The same day will be Mahratta. The narrator of this movie is former Shipping Minister Shajahan Khan.

Nirab said that he will also be present on the day of Mahratta and will directly talk to everyone about the story he wrote. There will be some surprises that day.

Read more: Madhuri opened up about her family

Nirav also said, ‘The greatness of Jai Bangla slogan during the freedom war will be highlighted in this movie. Here the context of independence period and present time will be shown. I will be seen in the role of 24-25 years young and old.

Liberation War means something very big. Like everyone else, I have a weakness for Liberation War. Hope the movie will be good.’

Read more: The money demanded in Kabinnama is blackmailing

According to the producer sources, the movie will be shot in different places of the country including Shariatpur, Madaripur, Faridpur.

Incidentally, before this, the full-length film ‘Gangchil’ was made on Ferdous-Purnima based on the novel ‘Gangchil Love’ by the General Secretary of Bangladesh Awami League and Minister of Road Transport and Bridges.