The Tigresses returned home with the title 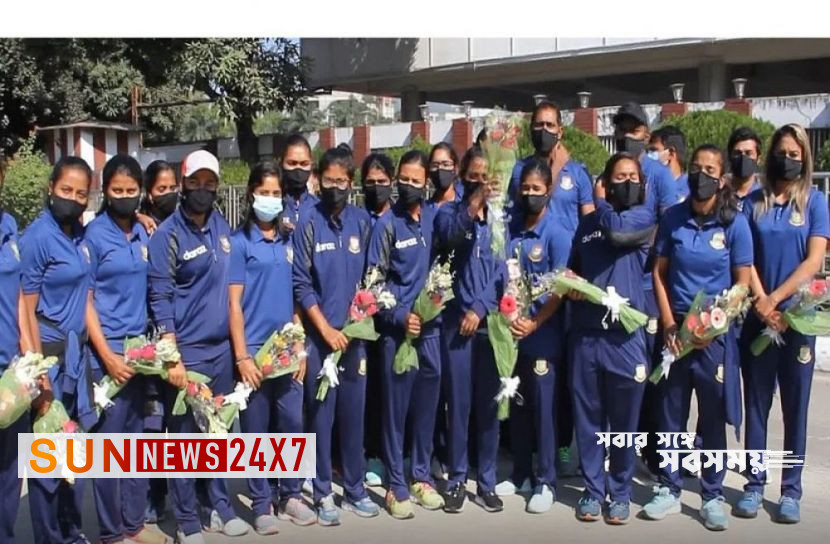 Sun News Desk: Hundreds of supporters arrived at the airport to welcome the Bangladesh women’s football team that won the SAFF Championship. The plane carrying the Bangladesh team landed at Hazrat Shahjalal International Airport in the capital on Wednesday at 1:50 pm.

Several teenage girls who have entered football following their idols have appeared. Someone came with flowers. Someone wrapped the flag of Bangladesh. Ever present on the cricket field, Tiger Shoaib also showed up at the airport to support the girls.

Sabina Khatun, Sanjida Akhtar, Krishna Rani will take some more time to get out after completing the formalities at the airport. State Minister of Youth and Sports Ministry of Bangladesh Government Zahid Ahsan Russel along with officials of Ministry and BAFUF are at the airport to receive them.

After completing all the formalities, a small press conference will be held at the airport lounge. Where champion footballers will express their feelings. At the end of this press conference, they will be picked up in a specially prepared open-top bus.

The footballers will go from the airport to the Buff office in Motijheel by this open-top bus. They will be accompanied by the media, security forces and other interested people. Standing on the roof of the bus, they will see thousands of people on both sides of the road applauding the champions.