The world war is starting at night 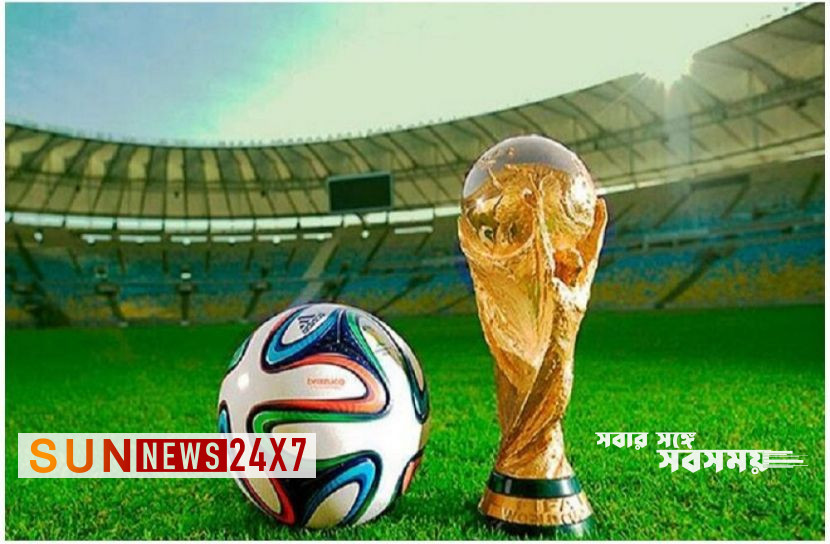 Sports Desk: The West African country Morocco has failed to host the World Cup for a record five times. They wanted to host the 1994, 1998, 2006, 2010 and 2026 World Cups in their own country. If Morocco had won the World Cup by 2010, they would have been the first Muslim country to host this massive event. However, the dishonesty of Asian countries and the various filth of Western countries never gave Morocco that opportunity. However, they are again bidding for the 2030 World Cup. After Morocco’s failure, Qatar got that glory. This Middle Eastern country is going to be the first Muslim country to host this event called the Greatest Show on Earth. Represented by 32 countries, this tournament is being held today with the match between the host Qatar and the Latin country Ecuador. The World Cup will begin with the match at Al Bayet Stadium at 10 pm Bangladesh time. The United States was one of the contenders for this World Cup in 2022. But above them is Qatar’s possession of host status. And in this, the US-supported white-skinned people are burning with oil. Their media is also constantly criticizing neutrality. This world cup starts today. Prior to yesterday’s press conference, there were all oblique questions about it. FIFA President Giovanni Infantino’s press conference was almost entirely devoted to critical questions surrounding the World Cup in Qatar. The FIFA president also responded and silenced these targeted media workers. December 2, 2010 was a historic day for Qatar. On that day, former FIFA president Sepp Blatter announced the name of Qatar as the host of the 2022 World Cup. After that, the extensive preparations for the World Cup of this Middle Eastern country began. The whole of Qatar, including the capital Doha, has changed based on that formula. Stadiums, hotels, metros and modern communication systems have all been built at a cost of billions of dollars. Now the critics in Qatar have started taking advantage of that. Qatar World Cup is the last tournament where 32 countries will be represented. Three joint hosts of the 2026 World Cup. 48 teams from Mexico, Canada and the United States will compete for the trophy. This year’s World Cup will be held in eight stadiums in Doha and its surrounding cities. These stadiums are Lusail Iconic Stadium, Al Bayet Stadium, Khalifa International Stadium, Al Thumama Stadium, Education City Stadium, Stadium 974, Al Janub Stadium and Ahmed Bin Ali Stadium. The grand event will end with the final at Lucille Stadium on December 18. Although there are 32 countries participating, the favorites in Qatar are Brazil, Argentina, Spain, current champions France, Germany, England and Belgium. Apart from this, any country like last time’s runner-up Croatia can also show a surprise. Qatar is now bustling with people from over two hundred countries around the world. There is no room in the hotel. Doha’s two international airports are very busy. The plane is landing with football teams and fans from different countries. Doha is full of football fans from different countries. A fan fast has been arranged for those who will not be able to visit the eight stadiums. small country Accommodation is inadequate. So football fans are accommodated on board. A container-shaped fan village has also been made. Of course, everything is expensive. This world cup will champion only one country. The remaining 31 countries will go back in despair. A win for some of them or going to the next round would be a big achievement. The World Cup in Qatar will produce some new footballing talent. With that, this is the last World Cup for Lionel Messi, Cristiano Ronaldo and many other stars. Although most expect Messi’s country Argentina or Neymar’s Brazil to win this title. Sun News / HN.