The youth is floating in praise for saving Imran Khan 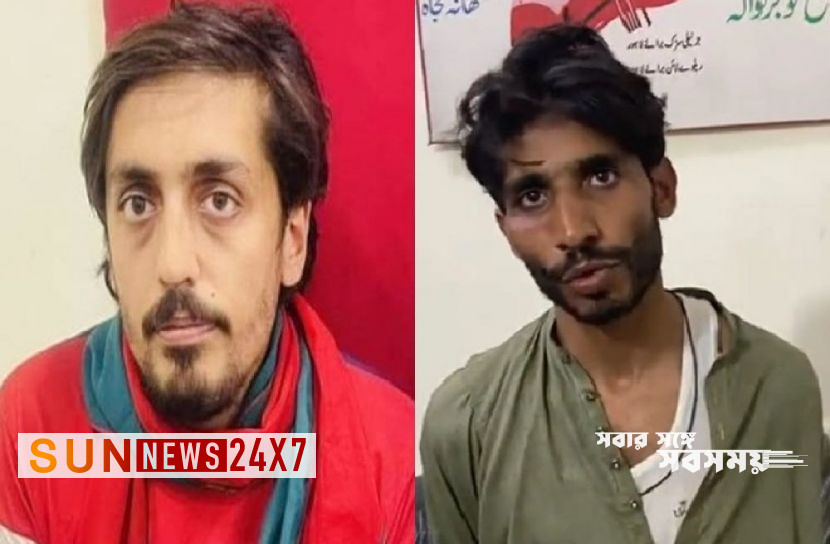 International Desk: The young man is showering with praise for saving Pakistan’s opposition leader Imran Khan from certain death. PTI Chairman and many others could have been killed if that young man had not acted on time.

However, the name of the young man is not yet known. The photo of that moment has also been caught on the CCTV camera. The attacker is seen with a gun. But the barrel of his gun is pointed towards the sky. Because the young man pulled his hand holding the gun from behind. He was wearing a red-white-blue T-shirt.

In an interview detailing the incident, he said, ‘I was standing, suddenly I saw a person 10-12 feet away from me pulling out a pistol (at Imran Khan). At this time I ran and caught him.’

He added, ‘Before I could reach (him), he fired one round. Reaching him, I first grabbed his hand holding the gun. At that time, none of the bullets fired by (the attackers) could hit the right target.’

The brave young man said, ‘Then he let go of my hand and tried to run forward. I also managed to chase him down within a few minutes, Alhamdulillah. Then the police arrested him and took him away.

On Thursday (November 3), a young man was arrested after the attack on Imran Khan, 200 kilometers from Islamabad, the capital of Pakistan, during the long march. The attacker said these things in a video statement given to the Pakistani police.

That video was released on Twitter by Pakistani journalist Syed Talat Hussain. However, the identity of the suspected attacker who was arrested by the police has not been disclosed in the country’s media so far. In the video, the attacker said, ‘People have misunderstood me. I couldn’t stand him. That’s why I wanted to kill him. I tried to kill him.’

He also said, Imran Khan was planning to kill since he left Lahore. However, when asked if he had any accomplice in this attack, the attacker shook his head and replied in the negative. Said, ‘There was no one else with me. I was alone.’

Earlier, former Pakistan Prime Minister and Pakistan Tehreek-e Insaaf (PTI) chief Imran Khan was shot dead. Shots were fired at him during a long march towards the capital Islamabad on Thursday (November 3). He was shot in one leg. He was admitted to hospital in critical condition. However, at least two people were killed, including an assailant who tried to assassinate Imran Khan.

Read more: The news about the attack on Saudi Arabia is fake

Imran Khan’s aide Rauf Hasan said that one of the attackers who shot Imran Khan was killed. It was absolutely murderous. Tried to assassinate him. One attacker was shot dead. The other person has been taken into custody by the police.

Footage aired on several television channels showed unidentified assailants firing at PTI Chairman Imran Khan’s car near Allah Ho Chowk in Wazirabad. He is being rushed to the hospital. A team of Punjab Police also reached the spot. Imran Khan’s leg is bandaged. He is being escorted from the container to a car with the help of his security team.

PTI leader Fawad Chowdhury was quoted by Pakistani media Dawn as saying that unidentified assailants opened fire on Imran Khan’s container near Allah Ho Chowk in Wazirabad, Punjab province on Thursday (November 3). He was shot three times in the leg. Apart from Imran Khan, two others were injured in the attack. They are Senators Faisal Javed and Ahmed Chatta. A suspect has been arrested in this incident.

According to Indian media reports, Imran narrowly escaped death 200 kilometers away from Pakistan’s capital, Islamabad. He was probably shot in the right leg. He was seen leaving the scene with a bandage on his right leg. His assistant was also injured. According to Pakistani media reports, his ‘Freedom’ march was going on in Wazirabad, Punjab Province. Some unidentified assailants opened fire from AK-47 near Zafar Ali Chowk.

PTI leader Imran Ismail said party chief Imran Khan was shot ‘three to four times’ in the leg. Speaking to Bowl TV, he said that he was by Imran’s side during the attack. He said that Faisal Javed was also injured and Imran received three to four bullets in his leg. The attacker was directly in front of the container and had an AK-47 in his hand.

PTI activist-supporters called the incident an assassination attempt. According to them, their leader died for a short while. PTI official Azhar Mashwani said, “Captain” is now out of danger even though he was shot in the leg. The gunman has also been detained.

After the attack, PTI leader Shahbaz Gill said, Imran Khan is our lal rekha (red line) and attempts have been made to cross that red line. He also said that Imran Khan will fight till his last breath.

Besides, Pakistan President Arish Alvi said that Imran Khan is safe despite being injured. Heinous assassination attempt on brave Imran Khan. I thank Allah, he is safe. But he was injured by several bullets in the leg. Hopefully (the injury) is not serious. This attack is shocking, alarming, scandalous, deceitful and cowardly. May Allah bless him and all the injured.