There has been great development in Bangladesh 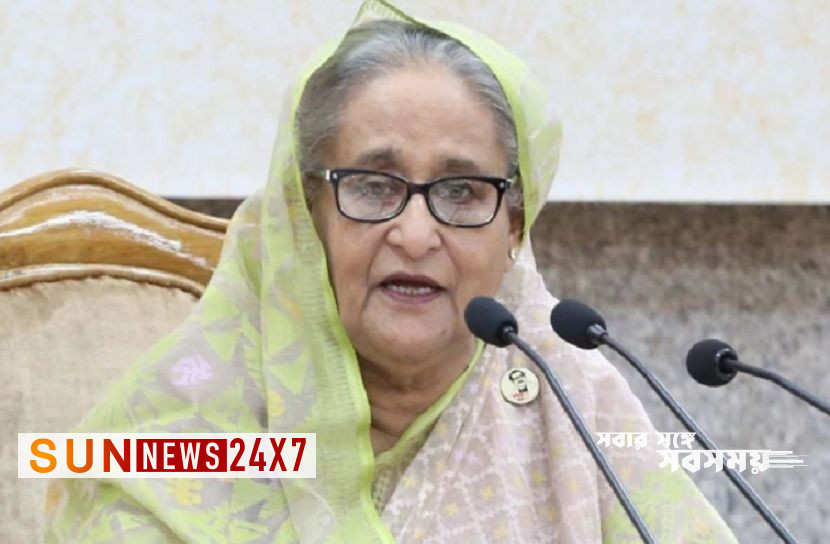 Sun News Desk: Prime Minister Sheikh Hasina said, ‘Awami League has been in power in the last 14 years, there has been a lot of development in Bangladesh. We have brought Bangladesh to a prestigious position. The country should be taken forward by maintaining dignity. That’s why everyone has to work together.’

Bankers Association of Bangladesh (BAB) Chairman Nazrul Islam Majumdar delivered the welcome speech on the occasion. Representatives of various financial institutions including banks were present in it.

The Prime Minister said, ‘Bangladesh’s international respect today should continue. As if we have brought Bangladesh to a respectable position, we can move forward with this.’

On August 15, 1975, Awami League President highlighted the brutal killing of Father of the Nation Bangabandhu Sheikh Mujibur Rahman along with most of his family members and said, ‘The killing of the father of the nation is not just a murder. If you think once, what was the crime of a 10-year-old child? He has also been terminated. Why? No one of that blood can come to power in this country. That was the desire of the murderers.’

He also said, ‘I said that I cannot say how long the people will vote or not. Maybe I will stay if I get the vote. Because the environment in our country is different. For a long time there were military dictators, sometimes directly and indirectly they seized power. He took off his uniform and became a politician. And murder, coup, conspiracy, it is still in our country. We do not have a consistent democratic system. For which a stable environment never came. That is why the overall improvement is not correct. Since we have been in power for a long time, we have been able to work for the development of Bangladesh.

Sheikh Hasina said, ‘It has been a long time. People have to say goodbye at some point. God said it. I will go on the day that Allah wills. I will leave from here and from this chair. I will go from life again, I have to go. This is the reality. When it’s time to go. And if there is no time, you have to work until then. As long as Allah gives the opportunity.’

Read more: A glimpse of destruction in Pariman’s world

The Prime Minister said, ‘Whatever Bangladesh has achieved, people and businessmen have contributed. As far as the achievement I think it is the contribution of all of you. Thank you all for that, thank you.’