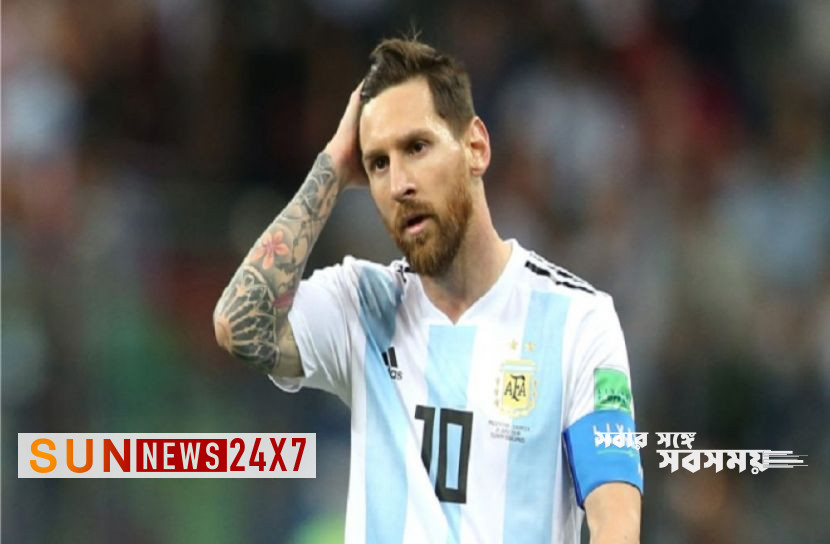 Sun News Desk: Lionel Messi wearing Argentina’s jersey this is his last ‘tournament’, but he did not say that he will say goodbye after the 2022 World Cup Lionel Messi? Messi has said that this World Cup is going to be his last World Cup!

Whether this will be his last tournament for Argentina may be in doubt; But there is no doubt that this is his last World Cup. The Argentine star recently said this in an interview given to the indigenous journalist Sebastian Viniolo.

He said that the World Cup held in Qatar in 2022 will be his last World Cup. He commented, ‘This is going to be my last World Cup, that’s for sure. I have taken this decision.’

Lionel Messi’s form has been superb in the last few days. Scoring, making. The bad time he was having for PSG is over. In Argentina’s blue and white jersey, that form is even better! Scored 9 goals in last three matches. In all, his team has not lost for 35 matches. Another 3 years have passed since the last loss.

Messi won the first international title of his career last year. In July 2021, Argentina defeated Brazil in the Copa America final to win the title.

However, the World Cup still remains elusive. Went very close once in 2014. However, losing to Germany in the final of the service in Brazil, the dream of the Argentine was shattered. If the 2022 World Cup is his last World Cup, then Messi will want to shake his heart, needless to say!