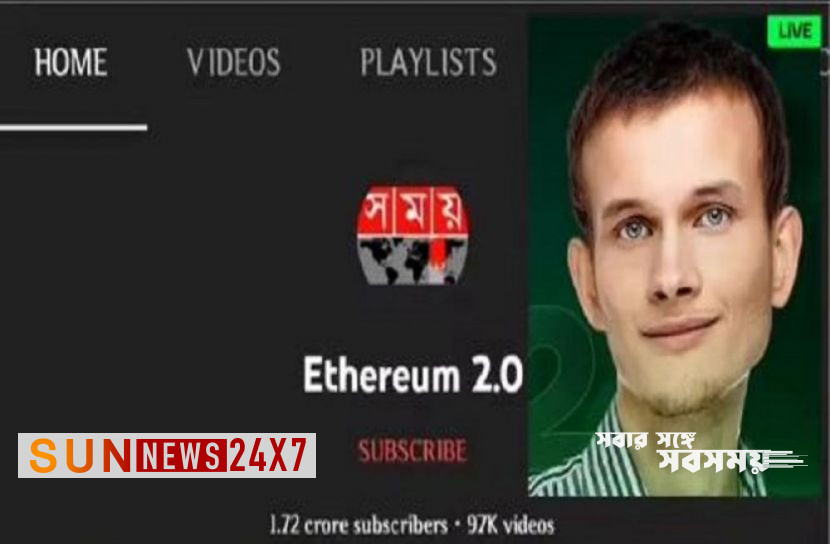 Sun News Desk: One of the biggest television channels in the country, Time TV’s YouTube channel has been hacked. And hackers named it Ethereum 2.0.

Read more: The government sent the information secretary to retirement

The mining of this cryptocurrency was stopped a few days ago causing financial loss to many people and the name was given to trolls in that vein.

If you search for Time TV on YouTube, the channel that comes up is called ‘Ethereum 2.0’. By posting a video on the channel an hour ago, the hacker demanded payment from Time TV authorities in cryptocurrency.

That is, it can be confirmed that it is a ransomware. Hacker demands 3 thousand 350 USD for each cryptocurrency.

From the time of the release of the hacker’s video, it is believed that the channels were taken over by the hackers after approximately 12 noon Bangladesh time. Some videos are ‘deleted’ or ‘private’ from the channel by hackers after capture. The videos cannot be seen even when visiting the main website of Samad TV.

Salahuddin Salim, Head of Broadcast Operations, Engineering and IT Department of Zaham TV said, “Four of our five channels have been hacked. We are working to rescue them. Hopefully, we can rescue them within an hour.