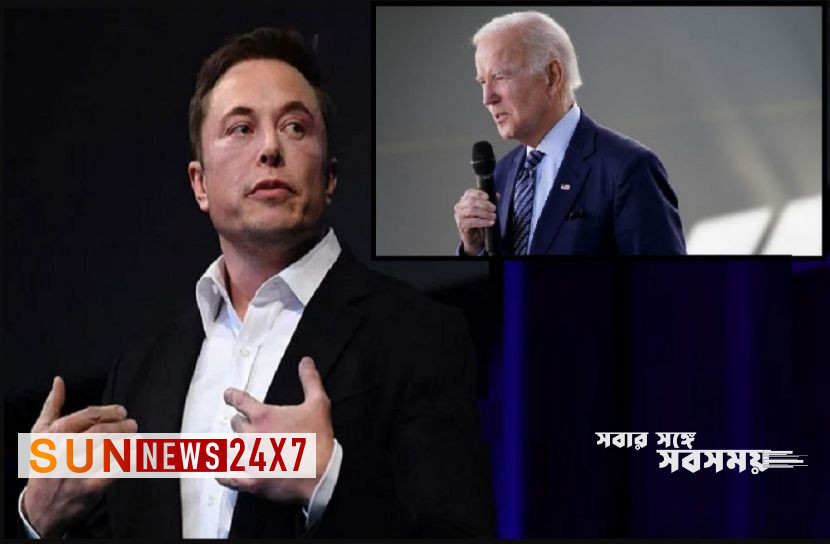 International Desk: US President Joe Biden has said that the social media platform that Elon Musk bought called Twitter is spreading lies around the world.

Twitter laid off half of its staff on Friday (November 4). However, it said a relatively small part of the anti-disinformation team has been cut.

Billionaire Elon Musk took this step amid concerns about content moderation by advertisers.

“And now what concerns us all is this: Elon Musk has bought a company that is spreading lies all over the world,” Biden said at a fundraiser.

He also said that there is no editor in America. How can we expect our children to learn what is at stake?’

White House Press Secretary Caryn Jean-Pierre told reporters that President Biden has been clear about the need to reduce hate speech and misinformation.

Elon Musk vows to restore freedom of speech on Twitter But also said to prevent social media from going down to ‘hell’. Source: Geo News.

Read more: The Prime Minister does not have a Facebook ID

Meanwhile, after Elon Musk officially took ownership of Twitter on October 28 of this year, 3,700 employees of the company have been laid off so far.

Elon Musk bought the popular social media ‘Twitter’ for 44 billion dollars. Immediately after this, he dismissed the chief executive of the company, Parag Agarwal.

Engineers are among those laid off. Even the entire marketing and communications department has been fired. At the same time, several other top executives were fired, including Twitter’s chief financial officer.

Read more: How does the power system fail?

This move is to ‘achieve scale of the economy’, claims billionaire Musk. Now he has taken steps to reduce the number of employees of Twitter worldwide.

Meanwhile, there are rumors that half of the company’s employees will be fired. It was said by the owner, which employees will have jobs and who will not – it will be informed by mail on November 4 (Friday) to the office email accounts of all employees.

On the other hand, the dismissed employees of this organization have filed a case against the Twitter authorities, accusing the social media platform of random layoffs without giving any prior notice.

The case was filed in the San Francisco Federal Court in the western state of the United States on Friday, according to a report by the American media Bloomberg.

Of course, such cases against Elon Musk are not new. In June this year, several employees of Tesla, another company owned by Musk, filed a lawsuit against him in the Austin District Court of Texas on the same charges.