Villain Rain! The last one day match against West Indies is 40 overs 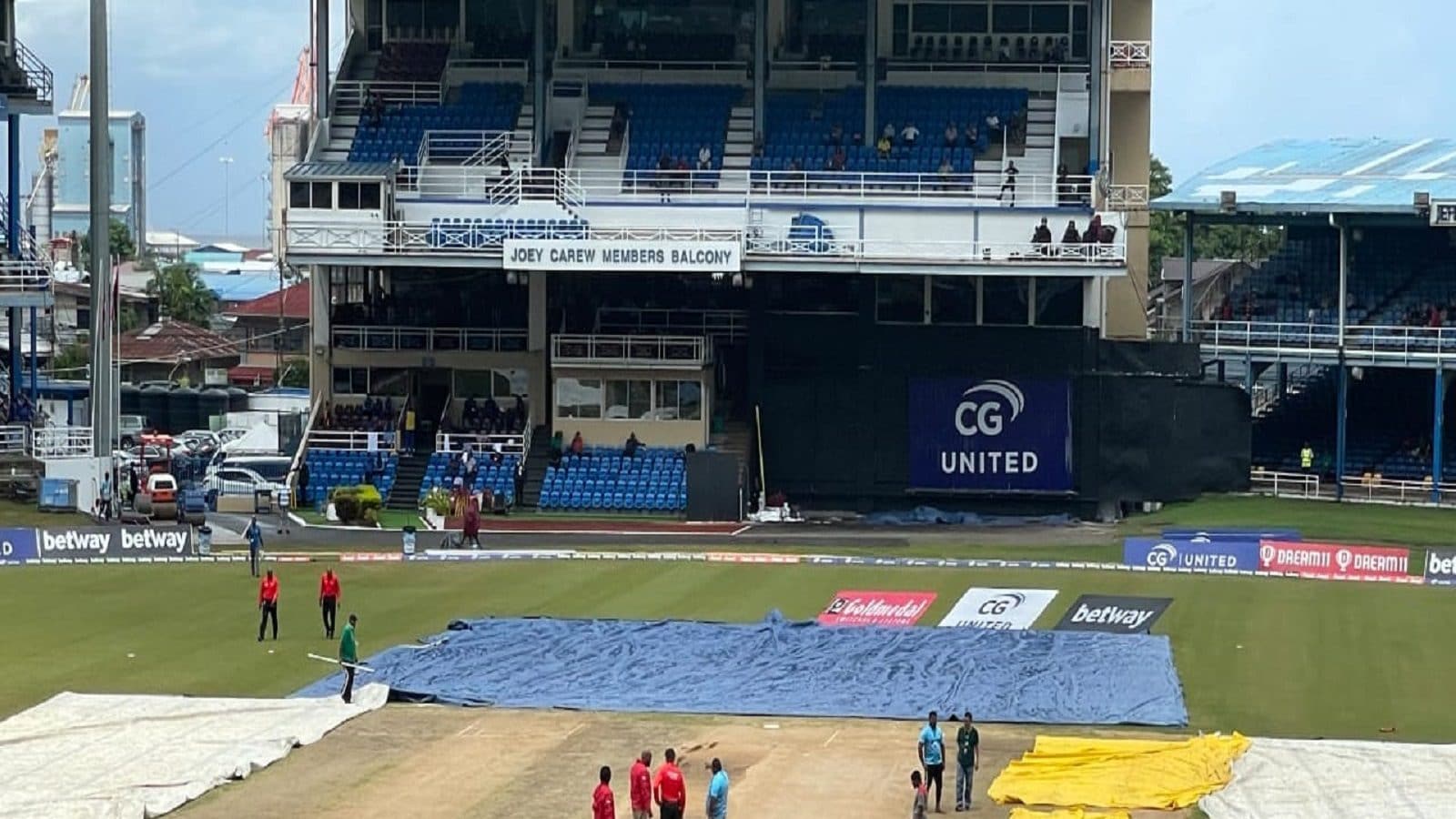 Port of Spain: If Shikhar Dhawan can beat the West Indies today as a captain then he will create an incredible feat. But when Villain rains, there are question marks over whether he will get that opportunity peak. It has been raining continuously in Trinidad since the 24th over. Stopped once but started again. Even if the outfield umpires want so much, it is not possible to start the game quickly.

A one-day series win against the West Indies is already assured. However, in the third match, the Indian team did not walk the path of testing. After 24 overs of the Indian innings, there was uncertainty around the game due to rain. Shikhar Dhawan won the toss and decided to bat first.

Rain was already forecast in Port of Spain. Therefore, Dhawan was not seen in the aggressive mood known for batting first. Keeping in mind the rain, the Indian team planned to save wickets. As predicted, India scored 114 for 1 in 24 overs before the rain came. Dhawan scored 58 runs off 74 balls. His innings has 7 fours.

Leg spinner Hayden Walls dismissed the captain of the Indian team. Another opener Shubman Gill remained unbeaten on 51 off 65 balls. Shreyas Iyer on the wicket with him for 2 runs. As of writing this report, the game could not be started. On the other hand, before the start of the game, BCCI said in a statement that Jadeja is still not 100 percent fit. Hence, Jadeja was not considered for the third ODI match as well. Team doctors are monitoring the injury’s progress.

There was only one change in the Indian team in the third ODI. Prasidh Krishna replaced Abesh Khan in the first XI. However, even if the match cannot be started till 11 pm Indian time, it is certain that the over will be cut later. In the last match, the rain really cut the rhythm. But India will be looking to win this match and complete a 3-0 clean sweep whenever it starts.