We are victims of circumstances 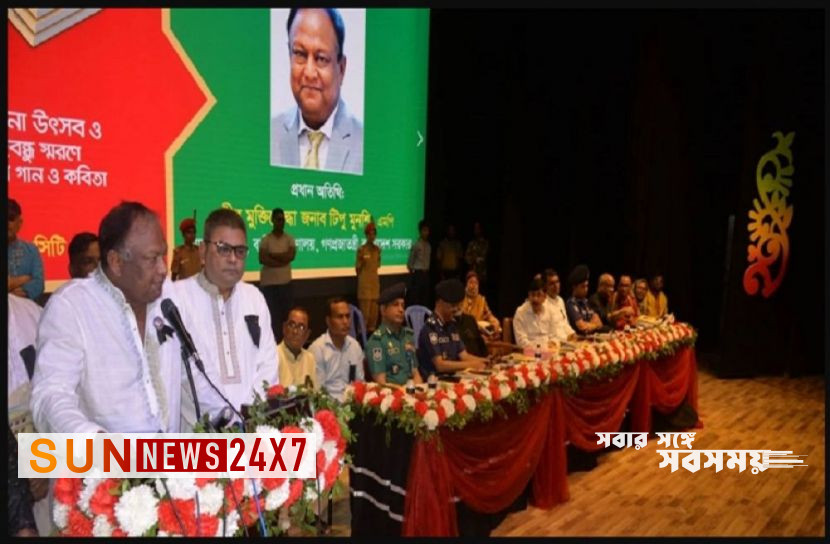 On Tuesday (August 16), he said these things at the Rangpur District Art Academy Auditorium.

Tipu Munshi said, 90 percent of our edible oil including soybeans has to be imported. How much is the price in the whole world? Who will bring them to sell at a low price?

We have to think about these too. Suddenly, the price of the dollar increased. We are victims of the global situation. The Ukraine-Russia war is affecting us too.

The Minister of Commerce pointed to BNP and talk show discussants and said that if you open many television channels, you will see that Bangladesh has become Sri Lanka. They (BNP) repeatedly sing this tune when danger comes. But these are the legacy of those forces who did not want this country.

Read more: The IGP will knowingly go to the United States

He said, now is the time for each of us to be a little frugal in our family life. But the current crisis is not permanent. The way Sheikh Hasina is thinking and working, Bangladesh will turn around. It won’t take much time.

He also said that Sheikh Hasina is the legacy of Bangabandhu’s blood and ideals. He has presented Bangladesh as a role model to the world today by working tirelessly. If we look around today, we will see his success in every field. A burden has been placed on him, that is to fulfill Bangabandhu’s dream.

Tipu Munshi also said that today Bangladesh is appreciated in the world meeting. Bangladesh has been able to cope strongly with the Corona epidemic that has shaken the whole world. We are the fifth in the world among the countries that are ahead in fighting Corona.

Read more: Why the decision to increase the price of oil is not illegal

When the world has just started the process of making a corona vaccine, the Prime Minister has dared to buy the vaccine for 100 million dollars to protect the people of the country from the epidemic. By God’s grace, we got that vaccine, now we are healthy.

We gained independence by defeating Pakistan, the condition of Pakistan was good economically in 1971. But today Pakistan is far behind us. Now we are ahead of India in many ways. He also said that so much has been possible because of Sheikh Hasina.

Heroic freedom fighter Tipu Munshi recalled Bangabandhu’s various visits to Rangpur and said, We cannot forget Bangabandhu. Bangabandhu came to Rangpur. came to this section. Shanku spoke about Rangpur in the memory of Samajdar in his historic speech on March 7.

Read more: Mohammad Ali Mia is the head of CID

Bangabandhu plowed not only Rangpur, but the whole country. Rushed to unite people in the freedom struggle. Even after independence, he ran to the people of Bengal. He worked tirelessly to realize his dream.

Finally, the defeated enemies of freedom thwarted his dream by killing Bangabandhu. If we embrace and nurture Bangabandhu’s dreams, ideals and spirit then the country will move forward.

On the birth centenary of the Father of the Nation Bangabandhu Sheikh Mujibur Rahman and the golden jubilee of independence, the Rangpur City Corporation has published the publication entitled ‘Rangpure Bangabandhu’, a souvenir rich in history.

At the end of the discussion session of the publication program, artists from various organizations performed mourning songs and poems in memory of Bangabandhu.