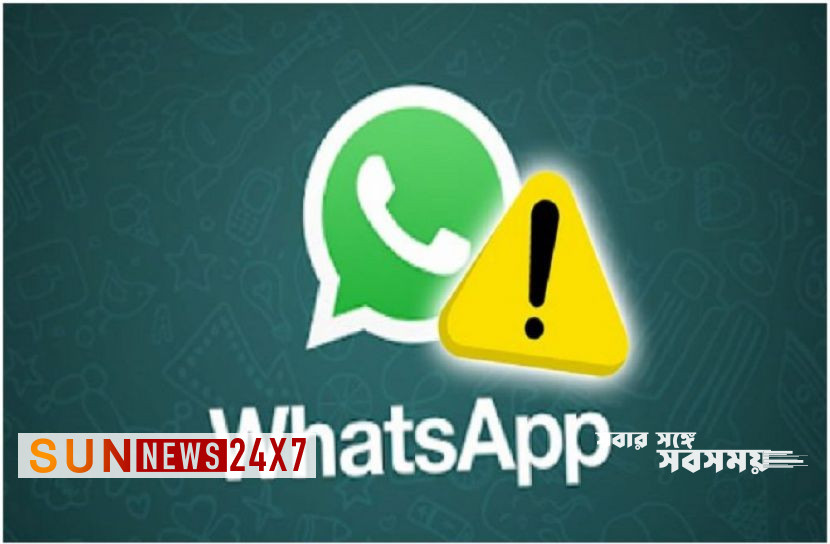 Sun News Desk: The services of the popular social messaging app WhatsApp have suddenly stopped in some countries of the world including Bangladesh.

Users in some countries around the world are unable to exchange messages after 1pm on Tuesday (October 25).

It is known that even if users send any message in private and group chat, it is not going. Similarly they are not getting any new messages.

Read more: The Prime Minister does not have a Facebook ID

Hundreds of thousands of WhatsApp users have reported such errors through various channels, website outage detection website down detector confirms this information.

We are aware of users’ issues. Work is underway to resolve the issue quickly. Hopefully this will be resolved soon, said a spokesperson for Meta.

Read more: How does the power system fail?

Indian media Indian Express and Hindustan Times have published news about it.

WhatsApp is not able to serve them in different parts of India. As a result, it is not possible to send and receive messages to anyone, Indian Express reported.

ANI said in a tweet that WhatsApp has been unable to provide service to them for the past thirty minutes. However, the cause of this problem has not yet been confirmed.

Incidentally, WhatsApp’s parent organization Meta has been facing various problems for the past few days. Before this, the company had a big problem with the Facebook bug. The tech giant is also concerned about their big project Metaverse.