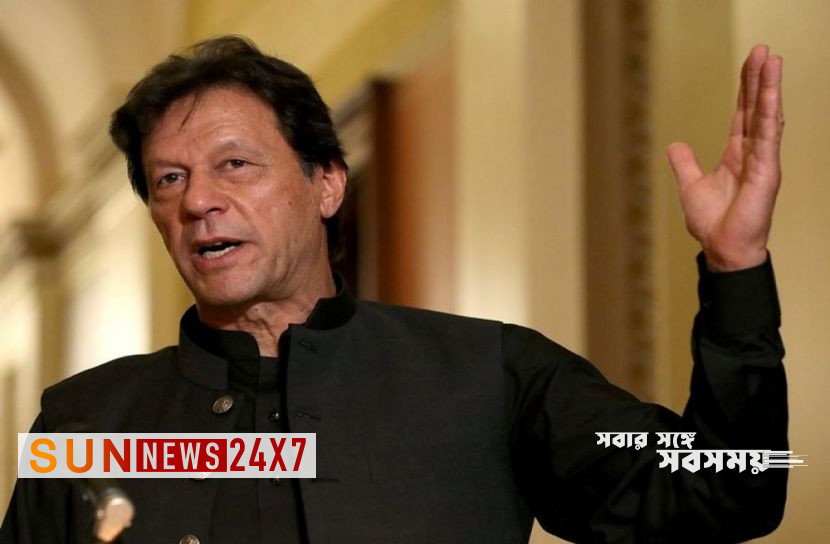 Sun News Desk: Pakistan Tehreek-e-Insaf (PTI) chairman and former prime minister Imran Khan has threatened that if he is sent to jail, he will become more dangerous.

At the same time, the former prime minister also expressed his displeasure at the large number of police deployed outside the Islamabad High Court on Thursday during the hearing of the terrorism case filed against him.

A case of terrorism has been filed against Imran Khan for allegedly threatening a woman judge of the Islamabad High Court at a party rally on August 20. The case was filed on the basis of the complaint of Islamabad Sadar Magistrate Ali Javed.

Imran Khan went to the Islamabad High Court amid tight security to attend the hearing of the case on Thursday. Hundreds of security personnel were deployed to the court from noon that day, according to the country’s media The News International.

Some PTI leaders reached the court before Imran Khan left Banigala residence. But security officials barred PTI leaders Fawad Chowdhury, Shehzad Wasim and others from entering the court as their names were not on the list provided by the registrar’s office.

Later, speaking to reporters, Imran Khan expressed his displeasure with the large presence of police and other law enforcement agencies in the court. However, he did not agree to talk more with the media. He said his comments could be misinterpreted by the court.

Read more: India has given everything to survive

He said, ‘Every comment has a context. The country is going backward day by day and the International Monetary Fund (IMF) report shows it. They can do whatever they want. The only solution to the ongoing instability is fresh elections.’

Talking to reporters after the court decided to file charges against him in the contempt of court case, Imran Khan said he wanted to explain his statement in court about women judges, but he was not given an opportunity.

In addition, Imran Khan denied the news of a secret meeting with an official close to Nawaz Sharif, the leader of the country’s current ruling political party Pakistan Muslim League-Nawaz (PML-N). The former Prime Minister of Pakistan is currently on bail in a terrorism case. His bail will expire on September 12.

Incidentally, Imran Khan Niazi is the former Prime Minister of Pakistan, former player and captain of Pakistan National Cricket Team. After his playing career, he got involved in politics. He is one of the greatest all-rounders of all time in world cricket. Pakistan won the World Cup in 1992 under his captaincy.

After winning the World Cup in 1992, Imran Khan entered the political arena in 1996. Pakistan Tehreek-e-Insaf was established in April 1996 with anti-corruption slogans. The next year in 1997, he contested from two constituencies but lost both. Still he did not stop. Imran Khan won the election in 2002.

After becoming president in 2007, Musharraf was contesting the election from the post of army chief. Imran Khan resigned along with 85 members of parliament on October 2 of that year in opposition to that election. Musharraf, who became president in that election, declared a state of emergency in Pakistan. Imran Khan was placed under house arrest. At that time he was released after spending some time in jail.

In 2013, his party won seats as the second largest party in Pakistan’s 10th general election. And on July 25, 2018, his party became the largest party in terms of number of seats in the 11th National Assembly elections of Pakistan. He took oath as the Prime Minister on 18 August 2018.