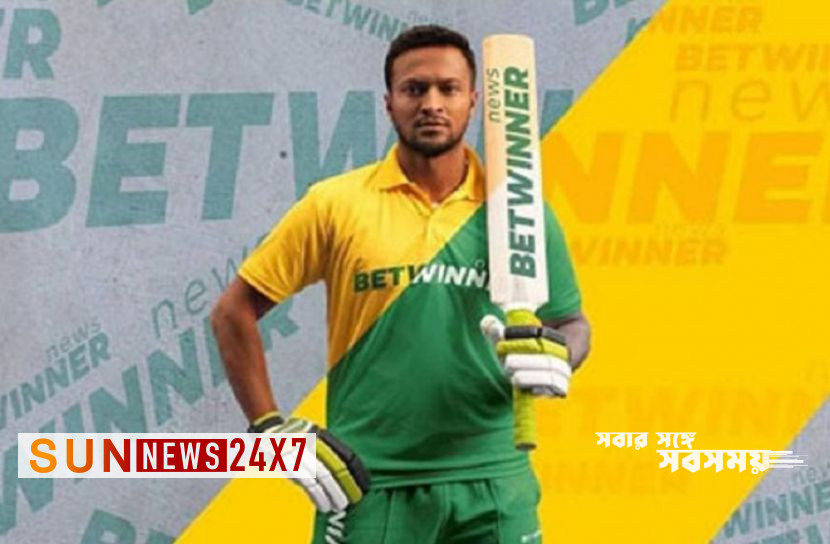 Sun News Desk: Board President Nazmul Hasan Papon warned Shakib Al Hasan to drop him from the team due to his agreement with Bet Winner News, a betting site.

However, a director of BCB said that Shakib is canceling the contract with Bedwinner. He told the matter verbally to the cricket board. As a result, he will be kept in the team.

Meanwhile, BCB is indecisive about keeping Shakib in the squad for the upcoming Asia Cup due to the news of his association with betting company Betwinner. BCB President Nazmul Hasan Papon was adamant about the Shakib question for the past few days.

He said, I have already said – I will not accept it. Personally, I have a zero tolerance stance on this. Now I will decide after talking to others.

Papon is sticking to the decision after a meeting on Thursday.

The BCB president warned that Shakib will not have anything to do with Bangladesh cricket, including the upcoming Asia Cup, if the contract with Betwinner News is not cancelled.

Speaking to the media in Dhanmondi on Thursday, Papon said, Look, we have given him (Shakib) a letter. The time was set to reply to his letter yesterday. I heard that he will tell today. Let me know earlier today, I will see and then I will decide about it. But I am saying this much, if it is related to anything related to betting, it will not have any relationship with Bangladesh Cricket Board, Bangladesh Cricket.

Shakib finally canceled the contract with Betwinner after such strict warning from Papon.

Read more: Shakib can be banned!

The apprehension about him is also over. He has verbally decided to cancel the contract with this company. Now give it in written form.