Youngsters are getting all opportunities 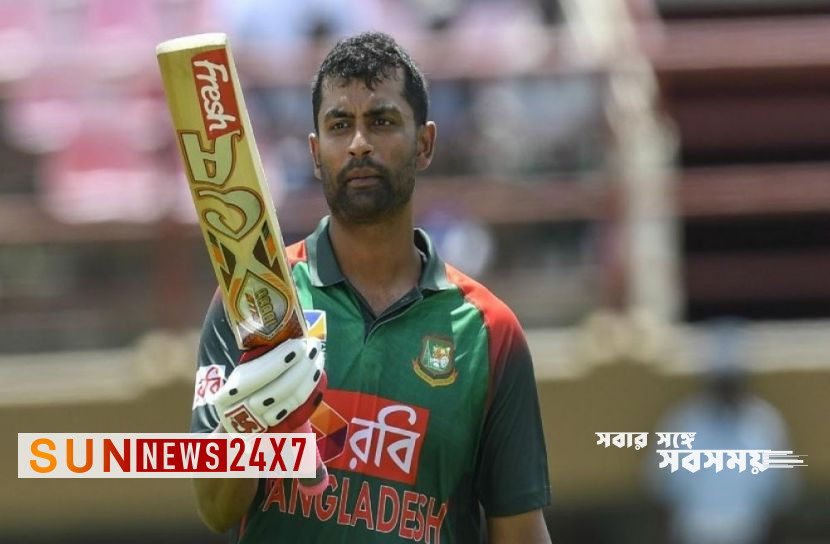 Sun News Desk: Before leaving Dhaka for Zimbabwe for the ODI series, star cricketer Tamim Iqbal said that only the best, qualified players will get a chance in his team. Since the Zimbabwe series is not part of the ODI Super League, Tamim’s comment on the question of whether Bangladesh will give opportunities to young people, there is a lot of talk about the young and old lately.

The ODI captain said, ‘I think there is a lot of talk about Young Old lately. I think those who are eligible, especially in the 15 man squad to be selected in the team, will get a chance. And we will select the best possible eleven.

On Friday (July 29) at 1:40 PM, only the members of the ODI team left Dhaka for Harar. Bangladesh will play three ODIs against Zimbabwe on August 5, 7 and 10 at Harare Sports Club ground.

Read more: RAB Force members are the real heroes of the country

The three-match T20 series starts from Saturday (July 30). The remaining two matches will be on July 31 and August 2. All matches of the series will be played at Harare Sports Club ground. Earlier, the T20 team left Dhaka for Zimbabwe on the night of July 27.

Tamim said that the youth are getting more opportunities now. However, he made it clear that only qualified players will get a chance in the team. Apart from this, many of those who are in the 15-man squad do not get a chance to make the eleven according to the conditions. The ODI captain has also assured that he will play them if there is an opportunity.

Read more: Robbery of 26 trawlers in Bay of Bengal

Tamim said, ‘I think the youth are getting all the opportunities now. There are 15 players in a team and it is not possible to play 15 players. Yes, of course there are many in the 15 who don’t get game time (matches) often, if there is an opportunity, if we can play then it will be good for the team. If you look at the last series too, all the youngsters are playing.’